The new ASUS ROG Zephyrus M16 is the successor to last year’s Zephyrus M15. The M16 packs in an 11th Gen Intel Core i9-11900H processor, which is able to clock up to 5GHz. It is further paired with the graphics capabilities of the GeForce RTX 3070 GPU clocking in at 1345MHz. And with ROG Boost you get another 20W available from Dynamic Boost 2.0.

DESIGN
The design and build quality of the device is brilliant – something we have gotten used to expecting from a brand such as ASUS. Having said that, size-wise, the M16 is very similar to the G15. This 16-inch gaming laptop does not have a very large footprint because its screen has a very small bottom bezel. In terms of size, the Zephyrus M16 is very similar to a typical 15-inch notebook.

It also weighs around 2-kgs, making it one of the lightest 16-inch gaming laptops out there on the market. The M16 also gets an Ergolift hinge, which raises the laptop’s main body on small rubber feet in order to facilitate better airflow underneath.

The M16 has one of the best keyboard/clickpad combos available in a Windows laptop on the market right now. The keycaps feel soft due to the rubbery coating on them. The overall keyboard layout is standard without a NumPad.

However, you do get a set of media keys at the top left, and the Home/End/PgUp/PgDn are binned as secondaries for the arrow keys. The keys of the Zephyrus M16 provide a lot of feedback and have a very clear actuation point. The touchpad is also precise and responsive.

DISPLAY
The M16 is also the first gaming laptop in the world to feature a 4-sided super narrow bezel display that offers a 94% screen-to-body ratio. As soon as you open the lid of this laptop, you come face to face with a gorgeous 16-inch display that offers an aspect ratio of 16:10.

The display offers a sharp WQXGA resolution, along with a refresh rate of 165Hz and a response time of 3ms. The display also supports Adaptive-Sync, which is perfect for a smooth gaming experience. You also get a 100% DCI-P3 colour gamut and Pantone validated colour accuracy, in addition, to support for Dolby Vision.

On top of the display, you also get an HD web camera for all your streaming and video calling needs.

CONNECTIVITY
When it comes to connectivity, the Zephyrus M16 offers a very good selection of ports. On the left edge, you get the power port, the HDMI 2.0b output, the Gigabit Ethernet port, one USB-A 3.2 Gen 2 port, one Thunderbolt 4 port, one USB-C 3.2 Gen 2 port (with support for DP 1.4 and PD 3.0), and a 3.5-mm headphone/microphone combo jack.

On the right edge, you get one USB-A 3.2 Gen 1 port, a microSD card reader, and the Kensington Security Slot. The ASUS ROG Zephyrus M16 also supports Wi-Fi 6 and Bluetooth 5.2.

AUDIO
Like the G15, the M16 also gets a set of six speakers. Four of these are firing through those cuts that flank the keyboard and two more firings through the bottom. There’s also a no-lit power button with an integrated finger sensor.

COOLING
ASUS has used a liquid metal compound from Thermal Grizzly on the Zephyrus M16’s processor to keep everything cool. You also get a customised self-cleaning 2.0 thermal module that clears dust to improve long-term stability, while Arc Flow fans are designed to generate better airflow with reduced turbulence, ensuring powerful yet quiet cooling.

TECH SPECS
The review unit we received for this review was the top-end one with a top-notch configuration. Under the hood, the M16 runs on an Intel Core i9-11900H 8C/16T processor running at a clock speed of 2.50GHz. You also get 32GB of DDR4-3200 memory, 2TB of fast SSD storage, and dual graphics – the NVidia RTX 3070 dGPU with 8GB of vRAM, and the Iris Xe integrated within the Intel processor.

PERFORMANCE
Top-notch specs mean top-notch performance and that is so true about the Zephyrus M16. In order to gauge the real-world performance of the M16, we played a few games on it including Watch Dogs and GTA V. Our overall gaming sessions were fantastic and we did not find the M16 struggling at any point.

Switching over to day-to-day computing usage was a walk in the park. The M16 aced all the jobs we threw at it, whether it was creating spreadsheets, editing articles on Word, or even rendering video files after an edit session.

In terms of battery life, the Zephyrus M16’s 90-Wh battery lasted for 7 hours and 46 minutes on a single charge, which is pretty impressive for a gaming laptop. In addition, the included 240-W power adapter should be able to provide enough energy to quickly charge the device under any conditions.

VERDICT
Since it offers a 16-inch screen with an aspect ratio of 16:10, the top-notch specs, Thunderbolt 4, a boatload of I/O ports, and good overall performance, the ASUS ROG Zephyrus M16 comes across as a great gaming laptop. Some many consider the price tag of AED 11,199 to be a bit steep – however, a package that offers top specs with very good performance is harder to find and in that space, the ASUS ROG Zephyrus M16 truly shines.

Since it offers 16-inch screen with an aspect ratio of 16:10, the top notch specs, Thunderbolt 4, boat load of I/O ports, and good overall performance, the ASUS ROG Zephyrus M16 comes across as a great gaming laptop. Some many consider the price tag of AED 11,199 to be a bit steep – however, a package that offers top specs with very good performance are harder to find and in that space, the ASUS ROG Zephyrus M16 truly shines. 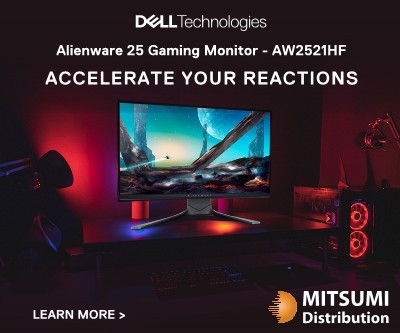