Panasonic has developed two models of its first Digital Single Lens Mirrorless camera with a 35 mm full-frame image sensor, the LUMIX S1R and the S1. Debuting at the opening of Photokina 2018 in Cologne, Germany, these models are equipped with the “world’s first” 4K 60p/50p video recording function and the Dual I.S. image stabilization system. As part of the LUMIX S series, Panasonic aims to release them on the global market early 2019.

For 100 years since its founding, Panasonic has strived to help realize better lives for customers around the world by responding to their needs. Working on the concept of creating a new culture of photography for a digital age with digital cameras, in 2008 Panasonic released the LUMIX G1, the “world’s first” Digital Single Lens Mirrorless camera. Over the ten years since then, Panasonic has continued to lead the industry with product innovations, such as the “world’s first” camera supporting 4K video recording, and cameras equipped with the Dual I.S. (Image Stabilization) system, combining stabilization both inside the camera unit and the lens.

In recent years, as telecommunications lines increase in speed while sharing of video via social media gains in popularity, more and more people are enjoying a hybrid of photos and videos, widening the range of expression in the production of contents. A new type of camera is needed for this new field that goes beyond the boundaries of photos and videos. Against this background, Panasonic adopted the concept of ‘Fuel the photographers’ creative vision’ to develop a Digital Single Lens Mirrorless camera with a strong focus on the expressive capabilities for both photos and videos. The company will bring these cameras to market as part of the LUMIX S series, striving to provide “specialized value” to customers desiring higher expressiveness.

The cameras have the user-friendliness and robustness essential as tools for photography or videography by professionals, while also incorporating an entire array of Panasonic technology refined over a century in the consumer electronics business and ten years developing Digital Single Lens Mirrorless cameras: digital technology like image or signal processing, plus optical and heat dispersion technology and more. The combination of these will provide customers with new value for photography and videography.

Hitesh Ojha, Deputy General Manager, Panasonic Marketing Middle East & Africa, commented, “Panasonic is delighted to introduce another game-changing innovation in imaging technology with these new models.  We have always been at the forefront of pushing the boundaries when it comes to photography, image capturing and differentiation from innovation.  The creation of these new full-frame mirrorless cameras is a testament to our commitment to R&D in order to create never-before-seen camera technologies that bring new experiences for users.  These launches are also a fitting tribute to mark Panasonic’s centennial milestone.  I am confident that the cameras will energise photography enthusiasts – particularly in the Middle East – knowing that the advanced optical technologies will inspire them to produce content in new and exciting ways.”

The key features of the newly developed cameras, the LUMIX S1R and the S1, are as follows.

1.   Expressive capabilities with high definition and high level of expression achieved with the newly-developed 35 mm full-frame image sensor and image processing engine. (Effective pixels: approximately 47M for the S1R and 24M for the S1)

3.   Full-frame camera equipped with Dual I.S. (Image Stabilization), enabling handheld shots for dark or distant scenes that would previously have required a tripod or other equipment.

4. A double slot for XQD memory cards and SD memory cards, the first for Panasonic; and a rugged triaxial tilt LCD, emphasizing ease of use and supporting professional photography and videography.

Panasonic will also expand its lineup of LUMIX S series compatible lenses, developing more than ten by 2020, including a 50 mm/F1.4 fixed-focus lens, 24-105 mm standard zoom lens, and 70-200 mm telephoto zoom lens. For the LUMIX G series of Micro Four Thirds Digital Single Lens Mirrorless cameras, Panasonic has started developing a LEICA DG VARIO-SUMMILUX 10-25 mm F1.7 lens that will achieve the world’s first zoom with maximum aperture of F1.7 for the entire range. On top of this, the support services for professional photographers, which started in Japan in April last year, will be available in Europe and the United States this year.

Nexans to Demo FTTO and Data Centre Solutions at GITEX 2018

Omnix Partners with viAct for the GCC Region

Sustainability is an Important Consideration in E-Commerce Purchasing: FedEx Research 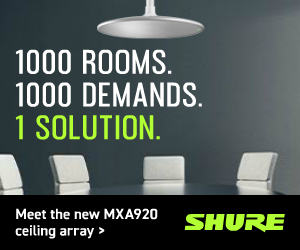